Good news: Food is the highest leverage category, meaning people often heal from autoimmune conditions much of the way, and sometimes 100% of the way, just by removing their trigger foods.

in 2016 April was a vivacious thirty-something with two young children, a busy job, and a supportive husband. One day April awoke to blurry vision and pain in her left eye and the right side of her face totally numb. April was understandably terrified. A neurologist sent her for an MRI.

Shortly thereafter, test results came to the house in an envelope announcing, “Results consistent with MS.” The neurologist insisted that April undergo a spinal tap and that she begin injectable medication immediately. Fortunately, I connected with April before her second visit to the neurologist.

At the time, April had no idea MS was reversible, or that anything she was doing or had experienced in her life had contributed to its arrival. I did what I could to transmit the certainty that April could beat the MS, as long as she was willing to to dig into her root causes and heal her gut.

She had a lot of strong reasons for regaining her health and so she was willing to change her diet right away. I asked her if she would be willing to tell her neurologist that she wanted to wait to do the spinal tap and take the medication. She agreed but promised her doctor she’d return if the lifestyle changes didn’t work.

It wasn’t easy for this working mom to give up convenient processed foods and snacks for her family, like frozen chicken nuggets, weekly pizza, or fruity yogurts, and instead make time to shop and cook new autoimmune Paleo (AIP) meals like grass-fed meats, wild fish, and a variety of colorful vegetables, but she did it anyway. Within a month of removing gluten, dairy, and sugar, April’s symptoms subsided, and within three months her residual symptoms vanished, and she felt “better than ever.”

Today, April doesn’t even identify as someone with MS.

Can you imagine that what we eat could be a cause (or remedy) for such a drastic and debilitating condition? If this seems counterintuitive to you, you are not alone. I had no idea that my “pretty healthy” diet, low in fat and high in whole grains, was a major contributing factor in my developing MS too. But food can be a cause of our debilitating autoimmune conditions—and, conversely, the very remedy our bodies need to heal.

When you unburden your immune system from fighting your foods and inadvertently attacking your own body’s tissues, your immune system can get back to essential work like protecting you from viral threats, fighting dangerous infections, and repairing damaged tissues.

The sooner you decide to address your root causes head on, the faster you heal, or prevent autoimmune disorders. That’s not just hope. That’s science. And that’s one woman now healthier and more vibrant than ever.

April’s happy ending isn’t the end of the story. April wasn’t the only one to change. Her kids stopped craving sugary snacks and her husband got in better shape too. Now April’s family and friends view her as an icon of health and ask her for food tips and recipes. That’s the ripple effect of true health in motion!

Sometimes it takes a major wake up call like scary symptoms or an autoimmune diagnosis to change your food or to make big changes in your life. Being proactive with your health takes work, and may have an impact on your loved ones too.

What do you have to lose? Maybe unwanted symptoms? Possibly a diagnosis or two?

Before you heal someone, ask him if he’s willing to give up the things that make him sick.

What about you? Are you willing to give up things that are making you sick or keeping you from your most vibrant life? 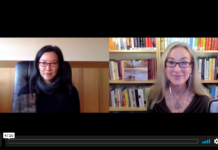 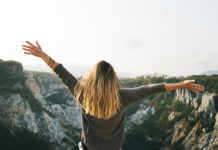 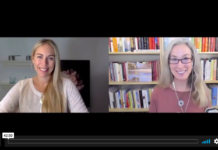 A Proven Framework to Beat Autoimmune and Safeguard Your Health

Eat To Beat Autoimmune and Bolster Your Immunity